The Deep-Rooted Symbolism of Trees

The deep-rooted symbolism of trees is apparent in common metaphors such as the Tree of Life and our ancestral heritage depicted in family trees. Nature scenes including trees and forests contain multiple mythic and symbolic qualities.

In Vedic philosophy, wood is viewed as the primal material of the universe. Christians see Christ as the cosmic carpenter. His ultimate sacrifice is represented by a wooden cross. The Hebrew Kabballah is based on a tree-like structure. Many other examples of the symbolism of trees exist around the world. 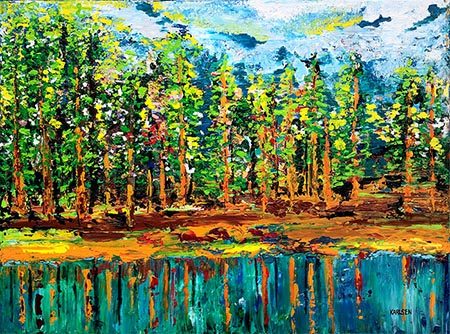 Selected Examples of the Symbolism of Trees

Specific trees have their own meanings. The following is a selection of symbolic trees. Additional information is given below for apple trees, aspens and oak trees. 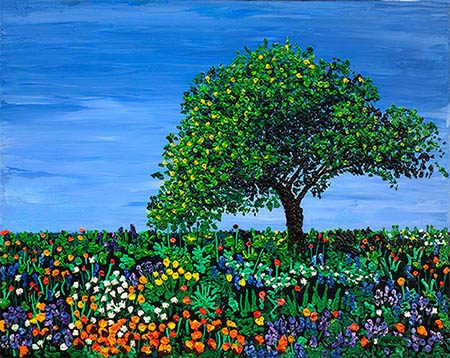 My Favorite Spot by Kathleen Karlsen
See All Products & Gifts

Apples and the Symbolism of Trees

The apple tree is symbolic of magic, youth, beauty and happiness. The apple blossom is the state flower for Arkansas, once a top apple-producing state in the United States. Apple blossoms are pink and white with leaves of medium green.

The blossoms of apples are pink, a modified red. In terms of color symbolism, the color red encourages action, motion, courage and passion. Pink is a more sophisticated color that is often more appealing to adults than pure red. Pink is also gentler and more appropriate for healing. Pink can be used to relieve depression. As the color of warmth and love, pink offers comfort while encouraging motion and an outward orientation.

The wood element is a stimulus for new projects and adventures. The energy of blossoms bursting forth in spring and summer encourages us to take on new challenges and renews our strength. The secondary energy of apple blossoms is the fire energy associated with the pink color. Fire connotes warmth, passion and relationships. Fire creates enthusiasm. Images with a strong fire element are appropriate for supporting romance and idealistic endeavors.

The apple has a venerable history. There are over 1,000 varieties of apples cultivated in the United States, all of which are descended from the wild crab apple. The apple tree is originally a native of Europe and has adapted well to the North American continent. The apple tree is the state symbol of Washington, known for its prolific apple orchards. Apple trees flower from April to June.

In the symbolism of trees, the apple has long been associated with immortality, as exemplified by its role in the tempting of Adam in the Garden of Eden. The mystical Isle of Avalon, famed place of eternal rest for Celtic heroes including king Arthur, is literally “the apple land” or “apple island.” In Scandinavian myths, the North-European gods and goddesses were fed an apple every evening by Iduna, the goddess of spring and youth who nurtures an apple orchard in Asgard.

As far as modern myths and legends go, Johnny Appleseed is the most prominent American legend associated with apples. Born John Chapman in 1774, he lived for about 12 years near Pittsburgh, Pennsylvania. In his mid-twenties, Johnny began his journey westward with an eye for providing settlers with apple trees and saplings.

There was a law at the time that required settlers to plant 50 apple trees in their first year on newly acquired land. This law was aimed at preventing starvation among the settlers. Although Johnny wandered far and wide planting trees, he also owned and leased considerable areas of land for his apple orchards.

Johnny was a devout Christian who was influenced by the ideas of Emmanuel Swedenborg. Swedenborg valued love and joy above all other virtues. Compared to many of the repressive philosophies then in vogue, his approach to the spiritual life was basically a breath of fresh air for the settlers with whom Johnny shared his religious tracts and Biblical interpretations.

Johnny Appleseed spent nearly 50 years traversing the wilderness planting apple trees and tending to his own orchards. Johnny dreamed of a landscape beautified by apple blossoms and a country where no one would go hungry. Johnny is reported to have believed that apples are among “the finest things on earth.”

Today the American apple industry today is worth billions of dollars. And thanks to Johnny Appleseed and the symbolism of trees, nothing is more American than apple pie! 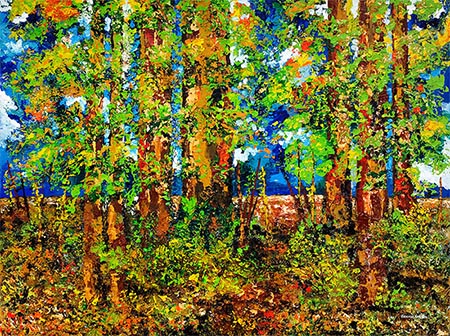 Aspen Trees in the Symbolism of Trees

The Greek root of the name “aspen” means “shield.” Aspens are believed to have spiritually protective qualities. Aspen leaves were used in the crowns of heroes. The protective quality of aspens also allowed spirits to go to the underworld and return.

Renowned for their golden autumn foliage, aspens are the only broadleaf tree in the Rocky Mountains. Individual aspens live about 100 years. However, aspens reproduce by sprouting shoots from their roots. This allows them to grow in a cohesive grove.

An aspen grove is actually a single living organism that can reach several thousand years in age. Even fire damage will not kill a grove of aspens if the roots remain alive. Perhaps this is why aspen trees are symbolic of determination and the overcoming of fears and doubts in the symbolism of trees.

The characteristic fluttering of aspen tree leaves is one of their most notable attributes. Aspen leaves are flat in cross-section rather than round. This means aspen leaves can twist from side to side or flutter while remaining fairly stable vertically. The shimmering effect that results creates the characteristic aspen “quake.”

The bark of aspens contains chlorophyll so that aspens can continue growing even in the winter months. Aspens like cool, dry summers, lots of sun and heavy snow in the winter. Aspens are often found growing in association with pine trees, cottonwood and willow trees.

Aspens are an important source of food and shelter for an estimated five hundred species. The leaves, twigs and bark are favored by deer and elk as well as black bears, cottontails, porcupine, and snowshoe hares, grouse, quail, shrews, mice, and beaver.

Aspen are also valuable for paper production, livestock forage and wildlife habitat. Although not strong enough for most types of buildings, aspen boards are sometimes used for barn floors and horse stalls.

All in all, aspen trees are amazing plants that add their unique qualities to countless forests across our planet. Remember the symbolism of trees and look for nature’s shimmering beauty next time you take a walk in the great outdoors! 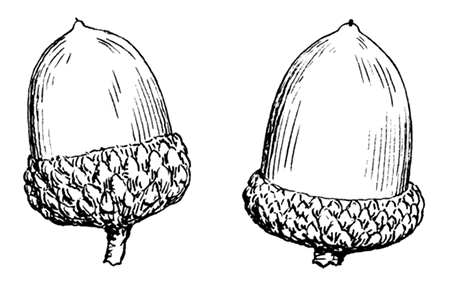 Oak Trees in the Symbolism of Trees

The oak is the mightiest of trees and symbolizes strength and courage. The ancient Romans thought oak trees attracted lightening and connected the oak tree to the sky god, Jupiter and his wife, Juno, the goddess of marriage. Thus, the oak is used in art symbolism as a symbol of conjugal fidelity and fulfillment.

The oak tree was regarded by Socrates as an oracle tree. The Druids likewise ate acorns in preparation for prophesying. In addition, the Druids believed the leaves of the oak tree had the power to heal and renew strength. Vocal Medicine reveals Kathleen Karlsen’s personal journey and years of research into mantras, chanting and kirtan. Learn more about using mantras and singing to invigorate your life! Explore the chakras and the impact of sound in every area of your life.

Flower Symbols by Kathleen Karlsen features fascinating information about the folklore of the world’s most beloved flowers. Flowers accompany us in nearly every major event in life. This book is a perfect gift for every flower lover in your life! 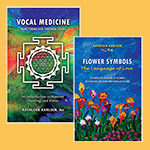 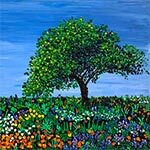 Other Resources On This Site

Learn the symbolism of trees and choose a meaningful image of tree to decorate your home or office. Artwork can serve as an effective visual reminder of your goals and help you to fulfill your dreams and visions for your life. The symbolism of trees crosses all cultural boundaries and traditions. Trees are magical!